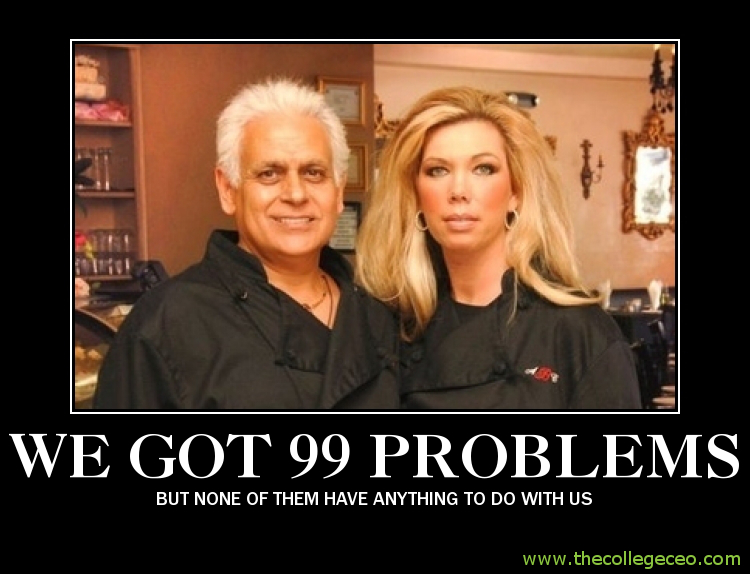 Amy, you’re doing it wrong. For those of you unfamiliar with Amy’s Baking Company, it is a restaurant located in Scottsdale Arizona owned by wife and husband Amy and Samy. They were recently featured on one of my favorite shows, Kitchen Nightmares. In the show, chef Gordon Ramsay helps struggling restaurants rebuild themselves and get back on the right path. Well after helping over 100 restaurants in the U.S and U.K, Ramsay finally met his match with Amy’s Baking Company. He had to walk out on them.

I really recommend watching the entire episode if you want a good laugh because Amy and Samy are absolutely hilarious. Sadly, I can’t help but think that our entertainment is actually at the expense of someone who has some severe mental issues. I think Samy could actually be somewhat normal but after being married to Amy I don’t think it’s possible to stay sane. But anyways, this post is about how we as internet marketers can learn from the mistakes made by Amy’s Baking Company.

After their show aired, the company started getting tons of comments on their Facebook page, Yelp, Reddit, and tons of other sites. A lot of the comments are clearly just people trying to egg them on and troll them. For instance, this is one of their reviews on Yelp:

I’m giving this place five stars because the owner, Samy, threatened me on Facebook with bodily injury if I don’t write nice things about his restaurant.

Unfortunately, Amy’s Baking Co. reacted just as expected to all of the negative publicity. 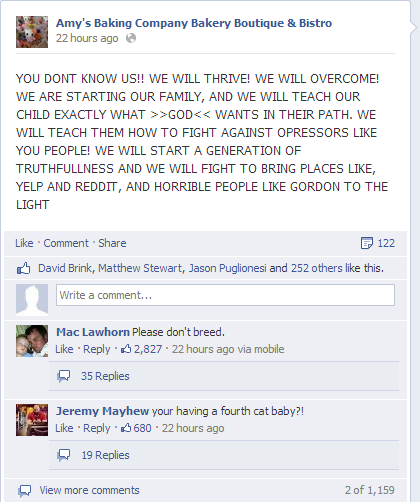 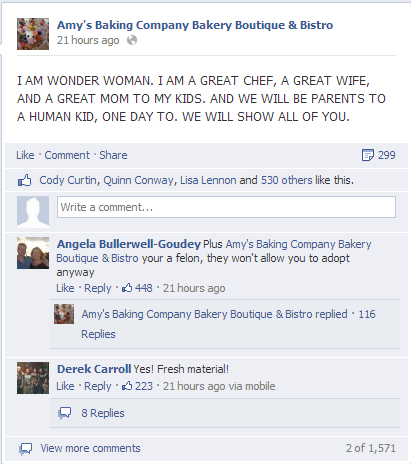 The lesson you need to take from this incident (which is still going on btw) is that you might not be able to control what people say about your site/company online, but you have complete control over how you react. Although the comments left by whoever is handling their PR (probably Amy from the looks of it) are hilarious, they are doing irreparable damage to their reputation.

The show already made them look horrible, now they have to deal with this social media mess. In the IM world, you may get some negative comments left on a blog or social media. It’s a part of the game and the way the internet is. But responding negatively will really just hurt you in the long run. In the case of Amy’s Baking Company, a lot of the negative comments they received were well earned. But as a general rule to the internet in general, DON’T FEED THE TROLLS!

What Amy’s Baking Company SHOULD HAVE Done…

In a perfect world, they should have shut up and let Gordon Ramsay help them. But that clearly wasn’t going to happen. So after the show aired, instead of making complete asses of themselves, they should have:

This whole incident will eventually fade away or get turned into a new reality show. But after watching the episode and how they treat their customers and employees, most people probably would never step foot in the restaurant. What waiter is going to want to work for a company that takes their tips and fires them for asking a question? After the way they acted on social media, things will probably be even worse for them. So let this be a lesson to all of you. Watch what you say on social media because it can really bite you in the ass.