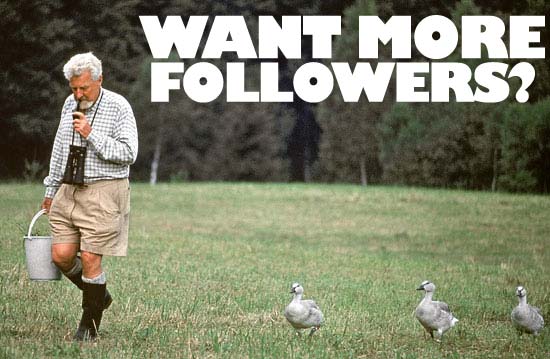 One of the most frequently asked questions about internet marketing is how to get Twitter followers. With Facebook, you can just run ad campaigns to get more Likes and build your page. But Twitter’s advertising campaign isn’t as cheap or as effective. So what do you do?

There are sites that will let you buy followers, but those are bots. What you want are real people that will actually retweet, favorite, and reply to your tweets.

When it comes to getting real Twitter followers, one of the oldest and most basic methods is the Follow Back method. What that basically involves is following a bunch of people in hopes that some of them will follow you back. If they don’t follow you back, you just unfollow them after a few days.

The follow back method is cool, and it does work, but it’s not without its flaws. The people who follow back typically follow A TON of other people as well. What that means is that your tweets will just be getting lost in a sea of tweets in their feed and aren’t likely to be seen unless you’re tweeting every few minutes.

So here’s a method that I use to help build my Twitter pages. It’s not some big secret method or anything tricky. But someone will probably draw it out and turn it into a WSO (in fact, there are already some products all about it). Anyways, here’s what I do.

What you’re going to be doing is being the one doing the retweeting and getting your tweets replied to and retweeted by influencers/people with a lot of followers. Stick with me here, it’s not as complicated as it might sound.

The first step is to follow people with a bunch of followers. This is easy because Twitter recommends people to follow based on who you’re currently following and your tweeting habits. The people they recommend are usually people who are popular on Twitter and have a lot of followers. So you’re going to follow a bunch of these people.

This will probably be the most time consuming part of this whole process. You’re going to need to go through and retweet and favorite popular tweets from the influencers you followed in step 1. Look for their tweets that contain #hashtags and @mentions.

Tweets with hashtags and mentions catch people’s eyes in the Twitter feed and also pop up high in Twitter’s search results.

For instance, when Eminem’s Marshall Mathers LP 2 was released this week, the #MMLP2 hashtag was trending. News outlets, blogs, and celebs were all tweeting with the hashtag #MMLP2. If you favorite or retweet a tweet from one of these influencers that used the MMLP2 hashtag, people searching for that hashtag would see your profile connected to the tweets of those influencers as shown in the pic below.

Next, you’ll have to reply to the tweets of the people you followed in step 1. This will get you more followers because if the influencer tweets you back, it will show up in their followers’ Twitter feed. If they have thousands of followers, you’ve just gotten a ton of exposure and some of their followers will start following you.

In order to make this effective, your reply needs to be good. The “OMG I LOVE YOU SOOOO MUCH” tweets probably won’t have a huge effect. But if you reply with something somewhat controversial or valuable, then you’ll have much more success. In other words, you want to contribute something new to the conversation.

For example, if someone were to tweet “Your business can’t survive without content marketing in 2013”, you might reply with something like “content marketing isn’t as important as SEO right now” with a link to your blog related to the topic. It’s kind of a form of linkbaiting and it works extremely well.

This process can be pretty time consuming. You’re going to be retweeting and replying to tons of different people in order to really build your following up. But hey, nobody said internet marketing was easy. Well actually, some people did, and they sell rehashed eBooks all about how to make money online overnight. But the real internet marketers know that’s not reality.

Back to the topic. If you don’t want to spend all day retweeting, favoriting, and replying to tweets, there are some ways to help automate the process.

First, you can hire a Virtual Assistant (VA) or two to just go through and retweet, favorite, and reply to tweets for you for a couple hours a day. You can use a site like Elance or oDesk to find cheap VA’s in India or the Philippines. You can also get someone on Fiverr to do it by browsing the Virtual Assistants category or doing a search like this one. 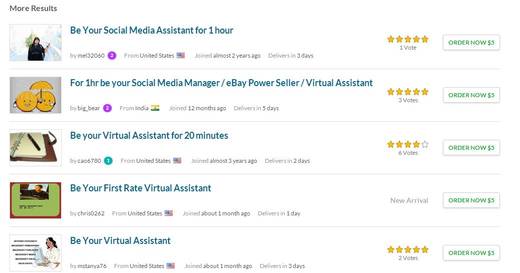 Another option you have is to use Twitter Automation Tools. I will warn you however that Twitter has caught on to a lot of the different bots/tools out there and has been very active in shutting them down. I’m speaking from personal experience.

One of the longest lasting Twitter tools out there is Tweetadder. A lot of the features that originally made this tool popular have been removed however due to Twitter’s strict policy against automation.

That being said, I recently came across this bot being sold on Blackhat World that looks somewhat promising. I have not used it yet, so I can’t speak on its effectiveness. I might buy it and give you guys a review though if you’re curious. The features of the bot are:

So it has everything you would need to automate this method. The seller is offering 7 day trials on BHW. I’ll warn you again though. In the past, similar bots have gotten shut down by Twitter, so buy at your own risk.

Here’s a quick video that shows the re-tweet function.

That’s pretty much the gist of this method. It’s straight forward and simple. The only downside is that it’s time consuming if you’re doing it manually. But like I mentioned, you can hire a VA or use bots to automate.

I’ve just saved you about $10 on buying a WSO that basically contains this same information :).

Do you have any techniques you use to gain new followers? Let me know in the comments below!