Well my fellow online money makers, the hottest time of the year to buy and flip is among us. After the Thanksgiving feasts have ended, Black Friday will begin, and the deals will start flowing in! And we will be on the other side buying those sweet deals, and flipping them for a profit!

In my book, The eBay Product Sourcing Guide, one of the methods I go over is buying products that are on sale and flipping them on eBay. Well, this is the best time of year to do it because everything is on sale! In this post, I’m going to go over what to look for, as well as some of the items I’ve bought in the past during the holidays and flipped for a nice chunk of change. 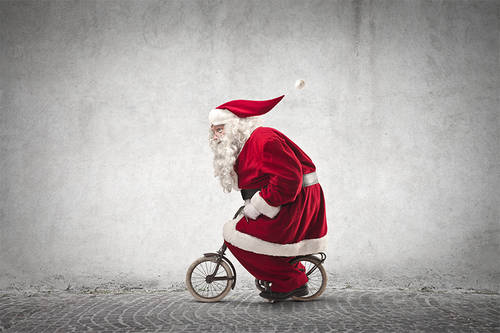 Let’s face it, it’s rare that you’ll come across a ton of super spectacular deals during the holidays. Sure, stores promise 80% off, but that’s usually 80% off MSRP, not the normal price. And the truly spectacular deals usually get swept up by people willing to kick an 8 year old in the face to get first dibs.

So with that, my philosophy for holiday flipping is to go for quantity, rather than hoping to strike big on a few expensive purchases like jewelry or T.V’s. This approach also allows you to get started without investing thousands of dollars on products.

Also, a lot of those more expensive products usually drop in price overall after the holidays, so the discounted price you got it for really isn’t as great as you thought.

With eBay and PayPal fees, I just think that selling a bunch of lower priced items is a better choice than making $40 from something that cost you $500 (yes, I’m talking to all the people that are selling Xbox Ones for $700 on eBay). But that’s just me.

What To Look For

When I’m looking for products to flip, I look for things that are small, light, and in demand. I have two types of products I buy:

The stuff I buy to flip during the holidays are things that I think will sell out before Christmas. People start to get really desperate the closer it gets to Christmas, so you can make a good profit depending on how much demand there is. For these things, I usually try to throw it up on Craigslist too.

The stuff I buy to flip after Christmas are things that are generally always in demand, and the price will probably go back up to normal after the holidays. It’s good to stock up on these products so that you can sell them throughout the next year.

I also look for products that are discounted enough to make a profit on. The 30% off Black Friday deals just don’t cut it. I need 50%+ off before I’ll consider it. The reason is you have to account for your fees, shipping material, and the possibility that the selling price on eBay might decrease as other sellers flood the market and try to undercut each other.

When I say 50% off, I’m referring to 50% off whatever the current price is on eBay, not what the store or website offering the deal says. Like I mentioned before, a lot of these stores are slashing MSRP prices, not their regular prices. And I can’t stress enough how important it is to account for the undercutting of other eBay sellers, so 50% will give you some breathing room to come out with a profit even in a flooded market.

Where To Find Deals 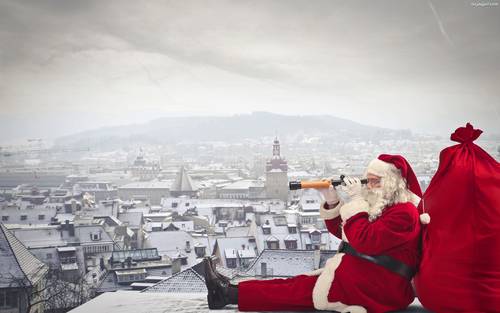 During this time of year, Slickdeals is my favorite site. I’m constantly checking the forums to see what new deals people have found. In addition to Slickdeals, some other sites for great deals are:

Of course, in addition to online deal sites, you should also be checking what I call “the usual suspects”. These are sites that always have great deals during the holidays and generally appear on most of the deals sites I mentioned. Sites like:

And if you don’t mind large crowds and long lines, you can of course always look for deals in stores. You can find some pretty good deals in stores. Take advantage of in-store pickup for stores that offer it like Walmart.

Here’s a shameless plug, but in my product sourcing book, I give some tips on how to automate the monitoring of all these different deals because it can be a lot to handle manually. I will be offering a sale on the book for Black Friday, so if you’re interested I’d suggest waiting until then to get it.

Products To Buy and Flip

This is probably the part that most of you really want to know. I can’t tell you everything that I buy and flip over the holidays (because it would create too much competition), but I’ll give you a short rundown of some of my past winners.

Video Games: You can’t go wrong with video games. Last year, I stocked up on A TON of video games for Xbox 360, PS3, and the Wii.I got them from a mixture of Amazon, Toys R Us, and the Origin Store. Sports games like Madden or NBA 2K always go on sale for 40-50% off. They’re an easy flip because they sell out quickly from the deal, and the regular price doesn’t lower until the next release in the series. In particular, I’d keep my eye on Madden 25 across all consoles.

Storage: Load up on flash drives and external hard drives. You can usually find some awesome deals around the holidays, then hold on to them and resell them next year. You could probably sell them during the holidays too, but your profit won’t be as much as it would be if you waited a couple of months.

Jackets and Coats: I typically don’t like to flip clothes because it can get a little messy with people wanting to return things because they don’t fit right. But last year I decided to take advantage of a sale on Columbia jackets and it paid off pretty nice. I was lucky enough not to have to deal with any returns, but it is a gamble you take when you dabble in clothes. Another site that has some good deals for the holidays is Timberland. They’ve had 60-70% off sales including clearance stuff before. Look at the belts, wallets, and accessories in particular.

Movies: Remember when I said QUANTITY, QUANTITY, QUANTITY? That really applies heavily when you’re flipping movies. You’ll see plenty of Blu Ray and DVD sales starting on Black Friday and lasting through December. If you’re going to take advantage of these deals to flip movies, make sure that they’re cheap enough to make a profit on. Use the Amazon Price Check App if you’re looking in stores. Check the going rate on eBay by using the “Completed Listings” filter. One store that tends to get overlooked for their great deals on movies is Target. If you’re interested in flipping movies, take a trip to Target.

Those are just a few of the products I’ve had success with in the past. It’s by no means the end-all-be-all list. As long as you stay on the lookout for great deals and do your research, you can find plenty of merchandise to buy and flip over the holidays.

But What About Toys? 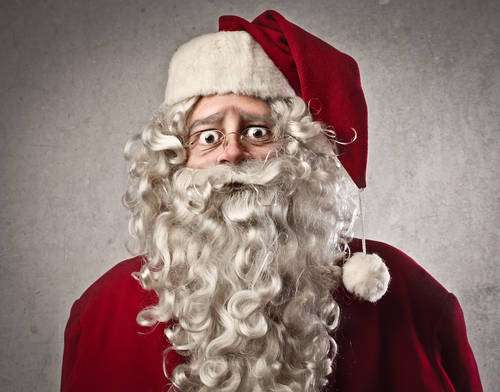 I personally don’t get into flipping toys. There’s definitely plenty of money to be made there, but it’s not my cup of tea for a few reasons:

Generally, I try stick to flipping things I know a lot about. I simply don’t know enough about toys to invest in them. It’s something I might look into for next year, but it hasn’t been a priority of mine over the years.

For those of you who are interested in the toy business, I’d suggest reading every single one of those “Top Holiday Toys For 2013” lists you can find. Then cross reference them to find the toys that are mentioned the most times. Some of the toys I’ve seen mentioned a lot are:

Here are a couple of lists of popular holiday toys: Target, The Guardian, Huffington Post, and the Toys R Us Fabulous 15.

To finish off, I just want to give you a few pointers. One of the mistakes I’ve made in the past was failing to be organized. I just bought stuff from different sites and resold them later. I didn’t track how much I bought each item for from each store, what my break even price was, fees, or anything. It was a mess. Don’t make that mistake.

Create a spreadsheet with everything that you buy, the quantity that you buy, and where you got each one from. Also have a column for your potential profit. I stupidly deleted the spreadsheet I used for last year, so I’ll have to make a new one for this year. But they’re pretty easy to make and will help you stay organized.

REMEMBER TO KEEP ALL OF YOUR RECEIPTS!!!! In the event that you’re not able to resell your stuff for a nice profit, you’ll want to hold on to any receipts so that you can return anything you don’t end up selling. Make sure you read the return policy of the websites or stores you’re buying from. Unless you plan on keeping everything you don’t sell for yourself that is.

Also, if you end up reporting this income on your taxes, you’ll want your receipts to make deductions. 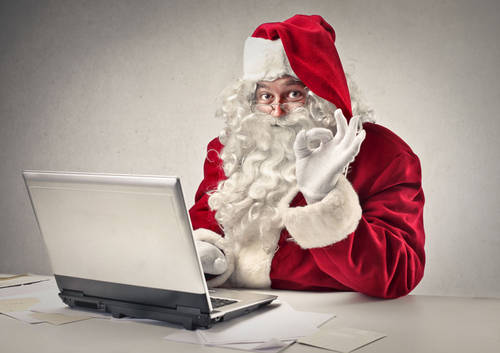 Black Friday is going to start this week, then Cyber Monday is next week. Those are two HUGE days to stock up your inventory. But don’t wait until then. Start doing your research now to see what sales different sites and stores are going to have so that you’re prepared. You need to have some idea of how much you’re willing to spend on any given product and still come out with a profit.

Last but definitely not least, have fun. Finding great deals is like a game. Don’t stress about missing out on something that was on Slickdeals, or a store selling out of something you wanted.

Personally I don’t go out shopping on Black Friday because I think it’s a pretty big waste of time and it’s way too chaotic. I prefer to look online, and then hit the stores the following weeks to see what’s left. But anyways, get out there and start taking action so that you can make a killing this Christmas!

P.S. My eBay Product Sourcing Guide will be on sale starting Black Friday, so make sure you check back to take advantage!