If you’re into anything that has to do with internet marketing, then you’ve no doubt been hearing all of the fuss being made over Matt Cutts’ recent blog post about The Decay and Fall of Guest Blogging for SEO. If you haven’t heard, well then must have been living under a rock.

The basic gist of things is Matt Cutts basically called for an end to marketers using guest blogging strictly as a means of link building and SEO. Now, a bunch of people started to completely freak out over the article and what it implicated.

I’ve seen a ton of blogs that have already stopped accepting guest posts after reading Matt’s article because they don’t want to be associated with the link building tactic. But is there fear understandable? Is guest blogging really a thing of the past?

I have been using guest blogging as a means of link building for a long time. Prior to this whole Matt Cutts blowup, guest blogging was largely viewed as one of the best and most efficient “white hat” SEO tactics.

It didn’t break Google’s “best practices” for link building, it was free to do, and it was a healthy exchange of free content for exposure and a backlink or two. Nobody got hurt.

When done right (here are some good tips), guest blogging was an extremely effective link building technique. And in my opinion, it will still continue to be a useful way to get backlinks despite all this hoopla. I personally will definitely continue using guest blogging, and I wouldn’t discourage you from doing it either.

So What Got Matt Cutts’ Panties In A Bunch?

Despite the fact that I think guest blogging is great and very effective, I can somewhat understand where Matt is coming from. My last post about Sophia Wright’s guest post pitch pretty much sums up what has gone wrong with guest blogging and why Matt Cutts is calling for an end to it for SEO. Matt mentions it in his article as well.

This is an email Matt said he received from someone asking to guest post on one of his sites. It was kind of the last tipping point for him:

My name is XXXXXXX XXXXXXXX and I work as a content marketer for a high end digital marketing agency in [a city halfway around the world]. I have been promoting high quality content in select niches for our clients.

We are always on the lookout for professional, high class sites to further promote our clients and when I came across your blog I was very impressed with the fan following that you have established.I [sic] would love to speak to you regarding the possibility of posting some guest articles on your blog. Should you be open to the idea, we can consider making suitable contribution, befitting to high standard of services that your blog offers to larger audience.

On my part, I assure you a high quality article that is-
– 100% original
– Well written
– Relevant to your audience and
– Exclusive to you

We can also explore including internal links to related articles across your site to help keep your readers engaged with other content on your blog.
All I ask in return is a dofollow link or two in the article body that will be relevant to your audience and the article. We understand that you will want to approve the article, and I can assure you that we work with a team of highly talented writers, so we can guarantee that the article would be insightful and professionally written. We aim to write content that will benefit your loyal readers. We are also happy to write on any topic, you suggest for us.

As you can see, it’s similar to the same one I received from Sophia Wright. A generic, impersonal, shotgun blast guest post pitch. That’s exactly what guest posting isn’t supposed to be. What’s worse is the fact that Matt took the email as an implication that the person was offering to pay him for a link (which I didn’t really take from that).

But the main point is that Google feels as though too many people have turned guest posting into a process that can be automated, which as most of you know, is one of Google’s most hated things in regards to SEO. People are now sending out these shotgun emails, paying crappy writers to write low quality 500 word guest posts, and filling the internet, and subsequently Google’s search results, with garbage content just to get backlinks.

On one hand, Matt Cutts has a point, and I can see the “issue” Google has with guest blogging. But on the other hand, this isn’t something that Google can really control.

The Problem With Google’s Goal

Ok, so Matt Cutts is urging us internet marketers to stop using guest posting to build links. That might sound good on paper, but the problem is that it’s not something Google has control over.

When Google chose to devalue links from article directories, it required changing their algorithms. When they wanted to put an end to sites that were built with duplicate content, they could again just make changes to their algorithm to detect plagiarized content. Basically, Google has control over a bunch of spammy link building and bad SEO techniques out there.

But guest blogging is entirely different. Why? Because Google is relying on actual blog owners to no-follow links from guest authors. If blog owners refuse to do it, then it’s not really within Google’s power to stop them.

Sure there are some steps that Google could take like penalizing sites with a large amount of guest posts, or external links using exact match anchor text. But can you imagine the amount of work and effort it would take to differentiate multi-authored sites like Lifehack.org that is basically 100% made of guest posts and another site that just accepts guest posts from anyone that submits them? It’s possible, but not practical. 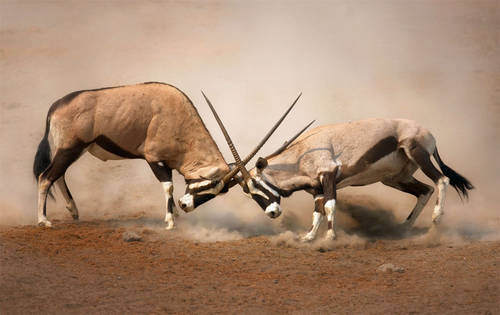 But then I say this. The people who were actually scared enough by Matt’s post to completely stop accepting guest posts are the ones that will ultimately kill guest blogging. And also, if you stopped accepting guest posts because of all of this, you more than likely didn’t even read what Matt actually wrote. You saw some headline about guest blogging being bad and became a sheep.

I have seen blogs that have been accepting guest posts for years suddenly stop as soon as people started talking about the Matt Cutts article. And all I could do was shake my head.

It’s actually pretty sad to think that legit blog owners are letting Google dictate the content that they publish on THEIR OWN SITE. With other link building techniques that Google has taken a stand against, it’s been pretty understandable. 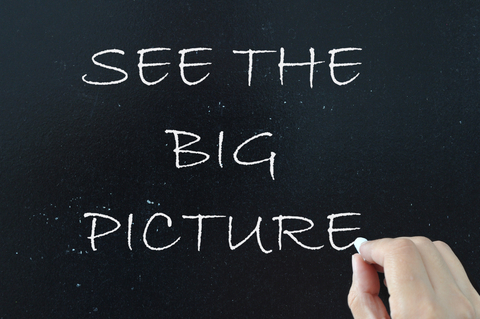 In a recent article from one of my favorite IM blogs, Viper Chill, who happens to make one of the best wordpress plugins ever by the way, he makes a valid point– Google doesn’t owe us anything and we don’t owe them anything either.

I don’t think that blog owners should feel the least bit obligated to completely change the way they publish content because they’re scared of what Google might do. My problem with all of this is that Google is using the fact that a lot of website owners get traffic through their search engine to their advantage to dictate how people create content on their site.

If you want to allow a blogger to get a link back to their site that might help their search rankings, then why shouldn’t you? If the person worked hard to write up the article, they deserve to be rewarded. The people who are ultimately going to be the most effected are legitimate bloggers and businesses who have been using their writing skills or knowledge of an industry to contribute guest posts to other sites in hopes of getting a link back to their site.

The list of ways to get backlinks that Google deems “legit” is shrinking. The only question is what’s going to be next?

Let me restate again that I don’t 100% disagree with Google’s stance on guest blogging. If someone wrote a low quality, crappy guest post and wanted me to publish it, I wouldn’t do it. There wouldn’t even be a need to worry about whether or not I should no-follow their links in the article because it would never get published. 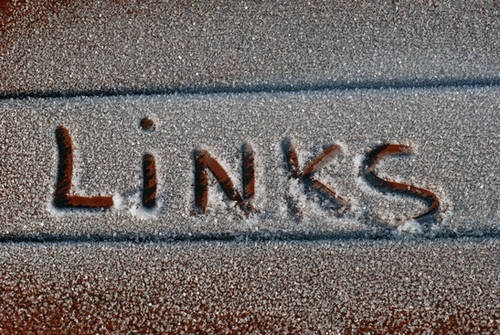 But if someone took the time to write a great high quality guest post, then I don’t see any reason why I should no-follow a link to their site within the article. Let’s be real here for a second. How many sites do you know that are made up of a bunch of low quality guest posts that withstand the test of time?

My point being that all of this cautioning blog owners to be super careful about accepting guest posts is unnecessary and it’s causing a bunch of fear for absolutely no reason. If blog owners want to accept crappy articles, then let them go ahead and do it. Nobody’s going to read them.

If content really is king like Google says, then sites that publish a bunch of low quality guest posts shouldn’t be ranking highly in the SERP or be seen as authoritative enough to help the sites they link to increase their rankings either right?

So WTF Do Bloggers and Internet Marketers Do Now? 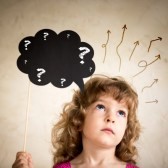 I’m not going to tell you how to build links to your site. I however, will continue to do guest blogging. My hope is that enough blog owners realize that there is nothing wrong with accepting legit guest posts. Read my article on Sophia Wright to get a little more insight into how to actually ask for guest posts.

Most importantly however is to stop sending out all the garbage guest posts. I know a lot of people look at IM as a way to get a quick buck, but you really have to start putting in a little more effort. As you can see, the stuff that a few people do can effect everyone.

My short answer is no. For the reasons I talked about like Google being unable to really control whether or not blog owners no-follow links in guest posts. Guest blogging is completely in the hands of the people who own sites. If everyone keeps accepting guest posts, there’s nothing Google can do. Are they going to devalue links that come from Problogger, SEJ, and other reputable sites that are authorities in their niche? 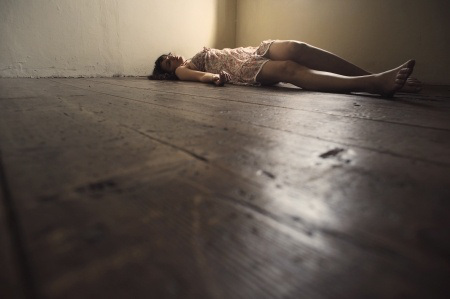 I don’t anticipate anyone being penalized for guest posting. And as long as the guest posts on your site are quality, there’s no reason for Google to penalize you for that either.

I have one site with a handful of posts, only 2 of which have over 100 words. The only backlinks I have to the site are about 10 or so guest posts I’ve done on sites with high page rank. That site now has a page rank of 2 and I haven’t added any new content to to it in nearly a year, and like I said, the content that’s currently on there is basically non-existent. I say all of that to say that guest blogging is powerful, and I have no intentions on stopping.

The people who should probably be nervous are the ones with sites that are filled with a bunch of crappy 500 word articles written by non-native English speakers or spun content. Also, if all of your guest posts have the exact same anchor text, then you might be impacted. But until Google actually takes action, all anyone can do is guess.