First and foremost, HAPPY NEW YEAR! I haven’t posted in a while, so I figured I’d better put something up for the new year for you all to sink your teeth in. It’s about one of the most popular social networks out, Pinterest. I have personally been using it a lot more recently and I’m working on mastering it for internet marketing.

We all know that Pinterest is a great way to get traffic to your site, and build up a stronger online presence– especially if your target market is females. But one of the problems you’re probably running into is figuring out how to actually use Pinterest effectively. Well, it all starts with getting followers.

You see,  you’ll find a ton of articles about how great Pinterest is, and the potential it has. You’ll probably even find some generic posts about how to build up your account. They usually say something along the lines of:

Those are all good tips, but they’ve been said over and over again. And those methods can be pretty time consuming. If you’ve been reading The College CEO for a while, then you know that I’m all about making things easier, quicker, and simpler. And Pinterest is no exception.

So I want to go over an easy way to get REAL Pinterest followers without having to spend any money, or spending hours commenting on other people’s pins. 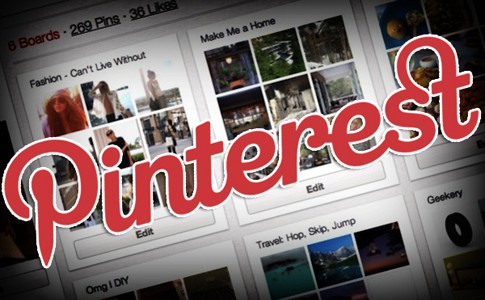 I know some of you either have already bought, or at least thought about buying pinterest followers on Fiverr, or online forums. The problem with those followers is that they aren’t real. 99% of the time they are bots, that are basically just inactive accounts.

People will say that having 1,000 fake followers helps your page look like more of an “authority”. The idea is that if someone sees that 1,000 other people are following you, then they’ll want to follow you too. The same goes for buying fake Facebook Likes, +1’s, and Twitter followers.

That theory is true to some degree. Sure, people will probably be more likely to follow you if they see other people have. But you miss a big piece of the puzzle with fake followers, and that’s page activity/engagement. Just like Google, Facebook, and Twitter, Pinterest uses algorithms to show what pins pop up when people are searching the site, and also when recommending users to follow.

Now, the folks at Pinterest aren’t dumb. They are well aware that people are buying fake followers, so they use other factors to decide what’s popular on the site, and who to recommend. They look at:

These are things that could be faked, but it’s a lot more difficult. So while those fake followers look nice for your stats, it’s much more effective to get real, active followers who will look through your boards, repin, like and share your pins.

Ok, so the part you really wanted to hear. My method is very simple, and straight forward. All you have to do is do a search on Pinterest for the keywords “I follow back”. What you’ll see is a bunch of pins by REAL people who will follow you back if you follow them.

Why do they do this? It creates a win-win situation. They get more followers, and so do you. So you just have to go through and follow all of the people that will follow you back. In my experience, a good majority of them actually do follow you back.

If you want to get even more followers, you could do exactly what they’re doing and post a bunch of pins with the words “Follow me, I follow back!” in the description so that your pins show up when other people search for follow backers.

If it sounds simple, it’s because it is. Like I said, I don’t like to complicate things or do more work than necessary.

How To Automate All Of This

Going through and following all of these accounts can be pretty time consuming. If you’re the type of person who doesn’t mind doing menial tasks, then it probably won’t bother you. But for me, I’d much rather spend my time elsewhere. So what I started doing was using my favorite Pinterest Tool, Ninja Pinner. Check out my review of it here.

What you can do with Ninja Pinner is do a search for “I follow back” or “follow back” like I mentioned earlier, then the tool will gather all of the usernames in the search results (like the pic above). Then you can use the Follow feature of the tool to automatically go through and follow all of these people. So you basically just set it and forget it.

I’d recommend keeping the amount of people you follow at one time to 200-300 a day. At some point, Pinterest will let you know that you’ve reached the follow limit and you’ll have to wait before you can follow more people. I’ve never gotten an account shut down or anything, but it’s always best to err on the side of caution when using any type of automation tool in my opinion.

This next step is completely optional. Some people don’t like to be following thousands of people, so after a while you can unfollow some of the users you followed earlier. Depending on how long you wait to unfollow, the follow backers probably won’t even notice you unfollowed them. It’s totally up to you whether or not you want to unfollow them though. I usually do.

In order to help give yourself some more success with this method and Pinterest in general, here are a few tips:

Build up your account first: People are more likely to follow you back if you actually have pins up and are somewhat active on the site.

Connect your site and Twitter: You can verify your site on Pinterest and connect your Twitter account. This helps your page look a lot more legit, and pushes traffic to whatever site you’re promoting.

Don’t rely 100% on automation: I use Ninja Pinner every day. But I also go in and manually add pins, follow people, and use the account so that I don’t throw off any alarms for Pinterest. Again, I’ve never had an account banned on Pinterest using Ninja Pinner, but better safe than sorry.

Pinterest is still young as far as social media sites go, and they’re constantly making changes. I’m going to be using it a lot more in the next few months to take advantage of all it has to offer for us internet marketers. I highly recommend Ninja Pinner to make your life a lot easier if you’re going to be using Pinterest for IM purposes. Along with Long Tail  Pro, it’s one of my most used, and best investments for this whole making money online thing.

On an unrelated note, I’m going to try to publish a new post to update you about how this site is going, and what else I’m working on this year. Until then, start playing around with Pinterest, and check out Ninja Pinner. Here’s another interesting article on building up a Pinterest following.